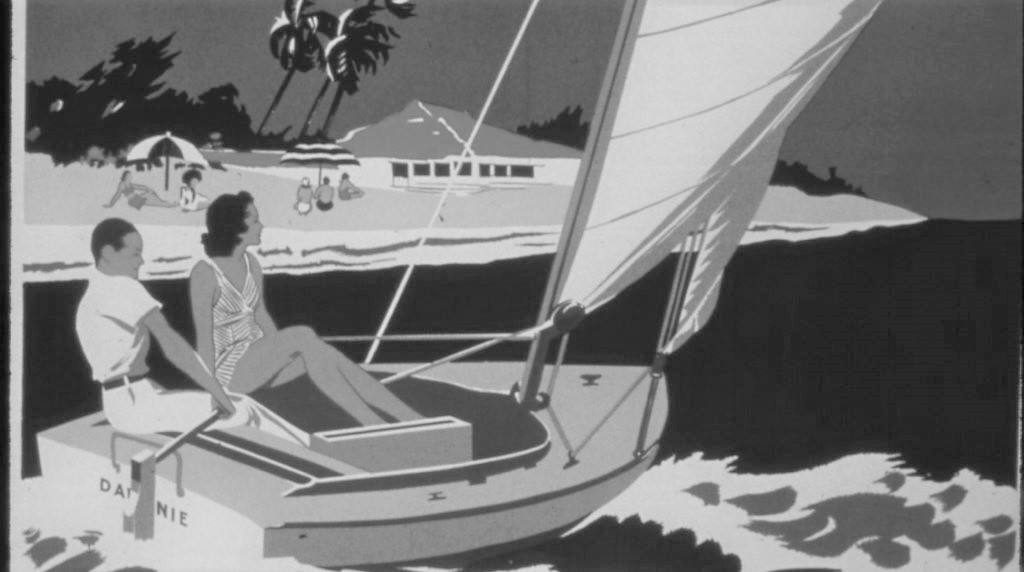 Shipped off as Governor of the Bahamas to keep him out of harm’s way, the Duke of Windsor was yet to become embroiled in a scandal that would rival his affair with Wallis Simpson.

In 1940 Winston Churchill arranged for the Duke of Windsor to be shipped off as Governor of the Bahamas where, with his well-known Nazi sympathies, he would ‘do the least damage to the British war effort’. He could never have anticipated that the former king would be involved in a scandal much more shocking than his affair with Wallis Simpson. For, on ‘a dark and stormy night’, in early July, 1943, the Bahamas’ richest and most powerful citizen, Sir Harry Oakes, was brutally murdered, and the Duke of Windsor would be implicated in an attempt to pervert the course of justice and frame an innocent man for the crime.

Sir Harry Oakes, an American-born Canadian who owned the second largest gold-mine in the Americas, had moved to the Bahamas for tax purposes and taken out British citizenship with his Australian-born wife, Eunice, and five children. Determined to keep his vast fortune ‘intact and untaxed’, he had nonetheless brought an economic boom to the colony through his investments and property development and had been created a baronet for his generous philanthropy. He was a member of the Bahaman House of Assembly and a much loved benefactor.

With his whole family abroad on vacation at the time, it was Oakes’ houseguest, Harold Christie, who found his body on the morning of July 8th. Oakes lay on his bed, his head staved in, his body strewn with feathers from a pillow, then doused in petrol and the bed set alight. Only the rain coming in through the window had prevented the body from being entirely engulfed in flames. A Chinese lacquered screen nearby was partially burned and covered in blood and smudged hand-prints. There was a bloody hand-print on the wall above the bed, muddy footprints on the stairs and traces of petrol elsewhere in the house. The post-mortem revealed blisters on the body that were not caused by the fire.

As Governor, Windsor took the unusual step of immediately taking control of the investigation while suppressing news of the murder for several days. While the local police were perfectly competent to handle the case, he decided to call in outside help. Due to the war, bringing in experts from Scotland Yard was out of the question, but instead of calling in British Security personnel stationed in New York and Washington, Windsor engaged two detectives from the Miami police, Captains Melchen and Barker, whom he knew from his frequent trips to Florida. Despite Windsor’s attempt at press censorship, the case would become an international sensation and sweep the war news off the front pages.

Much to the local police’s chagrin, the American detectives took control of the investigation and within 36 hours they had arrested and charged Oakes’ son-in-law, Count Alfred de Marigny, for the murder. De Marigny, a French-Mauritian businessman, was well-known to be in conflict with his father-in-law who had disapproved of the twice-married playboy eloping with his then 18-year-old daughter, Nancy. According to the detectives, de Marigny’s fingerprint had been found on the Chinese lacquered screen.

Informed of her father’s death and her husband’s arrest, Nancy immediately returned and took over her husband’s defence. She brought in her own private investigator, Raymond Schindler, and fingerprint expert, Professor Keeler. Schindler was horrified to find, on visiting the crime scene, that police officers were cleaning up the room thus erasing all the evidence. He was never to know who had ordered the cleaning, but concluded it must be someone highly influential. He also discovered that the police were bugging his phone. Meanwhile, de Marigny’s first choice of barrister, the colony’s finest, had been snapped up by the Crown Prosecution, after the police failed to pass on de Marigny’s request for his services.

Despite their claims to be fingerprint experts, whether through design or incompetence, the two American detectives led one of the worst botched investigations in the colony’s history. Not only did they forget to bring their latent-fingerprint camera, a vital piece of equipment, they allowed visitors onto the crime scene and did nothing to stop them handling objects in the room, then, as we have seen, allowed the room to be scrubbed clean. Though their case relied on fingerprint evidence, they left a large number of fingerprints unprocessed and failed to take the visitors’ fingerprints for the purposes of elimination. The photographs they did take of the many handprints were ruined when the plates were exposed to light.

As for the damning fingerprint, it was fortuitously discovered by Detective Barker after de Marigny had been held in police custody for several hours, and after the Duke of Windsor came to the police station and had a private conversation with the detectives. Furthermore, the material allegedly used to lift the fingerprint was not the usual sticky tape which left the print intact, but rubber which destroyed it. In court, Barker could not pinpoint exactly where on the screen he had found the fingerprint, while Detective Melchen denied knowing about it until several days later. Exactly when he found out varied under cross-examination. Professor Keeler testified for the defence that the fingerprint could not have come from the Chinese screen, but had been lifted from a flat surface, perhaps a glass used by de Marigny in the police station.

If the detectives’ discredited evidence wasn’t enough to sink the prosecution’s case, de Marigny had a firm alibi. He had been entertaining guests that evening, one of whom stayed overnight and saw him in the early hours when the murder was believed to have taken place. An acquittal was inevitable.

As for the Duke of Windsor, he and the Duchess contrived to be abroad throughout the trial so he was never called on to testify. Despite numerous requests, Windsor never allowed the case to be re-opened. However, he did ensure that de Marigny was deported from the colony.

So who killed Sir Harry Oakes and why? And what was the Duke of Windsor’s interest in the case? With all the evidence destroyed and all the participants long dead, we’ll never know the answer, but the close-knit community of Bahaman high-society has thrown up a list of suspects and possible motives worthy of an Agatha Christie. In fact it has generated a swathe of books, films and even a West End play, all putting forward unproven and unprovable theories of varying plausibility.

First of all we might ask why the Duke of Windsor took such a personal interest in the case. It may well have been simply because he wanted to avoid a sordid scandal and so tried to get the case closed as soon as possible. Allegedly loathing de Marigny, he was simply unconcerned that an innocent man might hang. Another theory is that Windsor feared a thorough investigation might uncover that he was involved with Oakes in money laundering to finance his lavish lifestyle that went well beyond the means afforded by his inadequate allowance from the British government.

Other theories revolve around Windsor’s relationship with Swedish millionaire industrialist Axel Wennergren who came to the Bahamas in the world’s largest private yacht. He was rumoured to have close ties with the Nazis and to have brokered the friendly relations between Germany and Sweden. He had established a bank in Mexico through which, it was feared, he planned to take control of the Mexican economy. It was through this bank that Windsor was believed to be doing his money laundering. According to one theory, Oakes was killed because he had discovered that Windsor and Wennergren were Nazi spies. Another theory is that Oakes, too, was considering moving his money to Mexico and was killed to prevent his ruining the Bahaman economy by so doing.

Another dubious character lurking about was an American with connections to the Mafia, Frank Marshall. He is believed to have been the front man for mobsters Lucky Luciano and Meyer Lansky who were planning to build casinos and hotels in the Bahamas. Both Oakes and Windsor were against changing the law to allow the casinos to be built. Allegedly, Marshall had recruited Harold Christie (he who had discovered Oakes’ body) to persuade them to change their minds.

Harold Christie was a native of the Bahamas who had made his way up the social ladder as a real estate broker. He and Oakes had become business associates and friends after Christie sold Oakes half the properties in the Bahamas, getting very well rewarded in the process. Although Christie was never considered a suspect, testimony given at the trial certainly puts him in a dubious light. Christie testified that he and several others had been invited to a soiree at Oakes’ home on the evening of the murder. All the other guest had left by 11pm, but Christie stayed on and, having had a bit too much to drink, spent the night in the guest room just up the hall from Oakes’ bedroom. Although he admitted to waking up a couple of times in the night, he claimed that he had not heard anything suspicious over the sound of the storm.

The defence questioned Christie intensely about the fact that he had parked his car well out of sight and a distance from the house, instead of right in front of the house as he usually did. Meanwhile, a local police officer testified that he had seen Christie in town riding in a station wagon coming away from the port. Although he had mysteriously drowned before he could testify, a nightwatchman had claimed to have seen an unfamiliar boat in the harbour and two men come off the boat, get in a car and drive away.

These inconsistencies have given rise to several theories. One theory purports that Frank Marshall was under pressure from the Mob to force Oakes to change his mind. With Christie’s help he had got Oakes onto the mysterious boat where he was tortured. Inopportunely, Oakes died, and Christie helped to get him back to the house where the murder was staged. The fact that the two detectives came from Miami and might well have been on Lansky’s payroll lends some weight to this theory.

However, another, simpler theory is that Christie had borrowed a great deal of money from Oakes who, since he was planning to go to Mexico, had called in his loan. Unable to pay it back, Christie had called in his disreputable brother to help him kill Oakes. The house was supposed to have burnt down, destroying all trace of the crime, but the rain had thwarted that plan and Christie had had to ‘discover’ the body instead.

Whatever his involvement in the murder, Harold Christie did not suffer from the association. He became a leading property developer in the Bahamas, made millions and was knighted in 1964. Despite her heroic defence of her husband, Nancy and de Marigny were divorced in 1949. Axel Wennergren was blacklisted by the Allies during the war and his assets frozen, stranding him in Mexico while he was vacationing there. However, he has since been cleared of all suspicion of pro-Nazi activity and after the war continued his career as a pioneering industrialist. The Duke and Duchess of Windsor returned to France where they saw out their lives in quiet retirement. There is no trace of what became of Frank Marshall.

Originally published at englishhistoryauthors.blogspot.com.au on May 26, 2014.