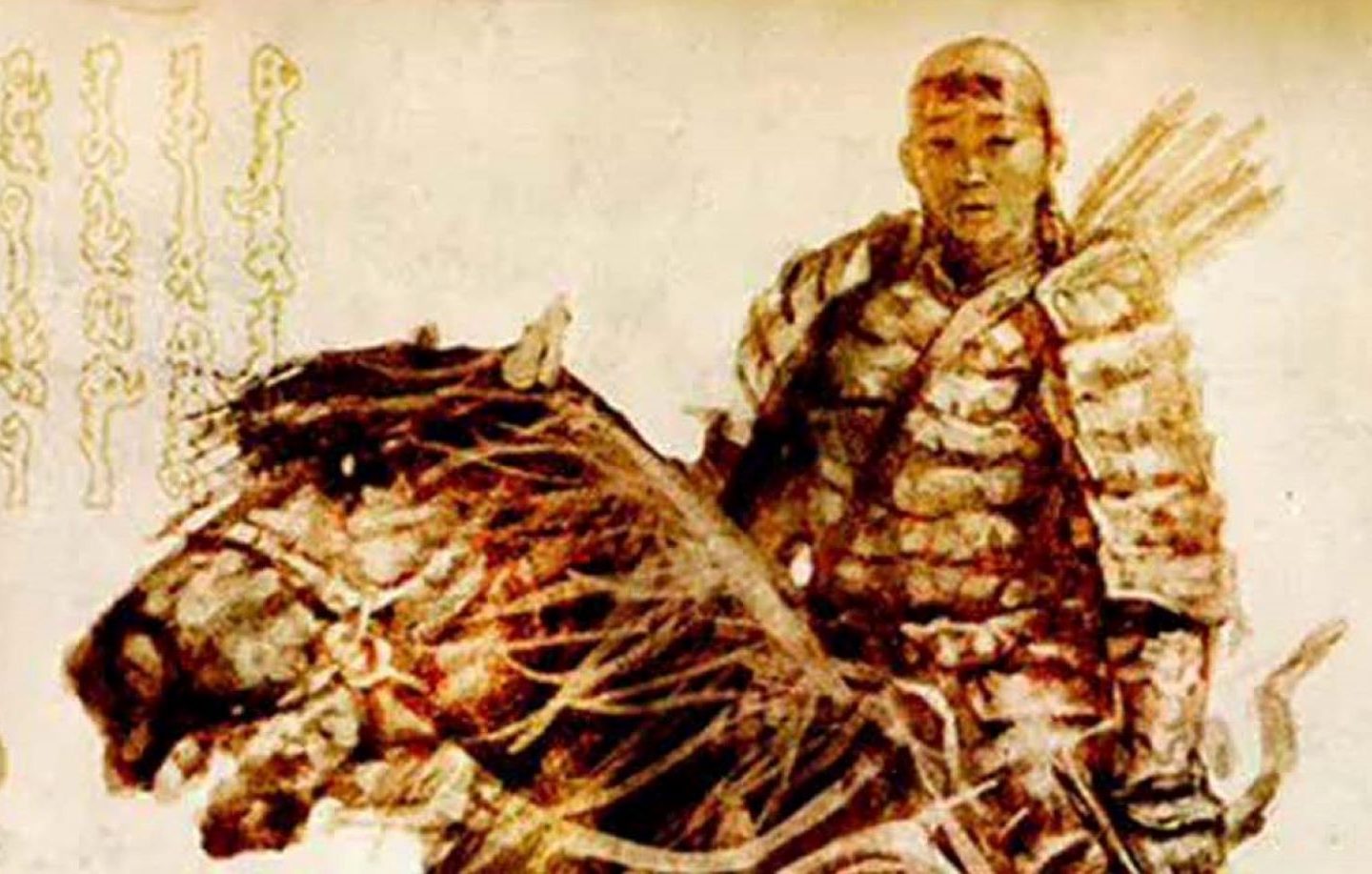 The Golden Horde, the Mongol empire of the west, ruled by the descendants of Genghis Khan, roamed the Russian steppe, coming far west enough to cross paths with outposts of the Italian maritime empires.

By the time of his death in 1227, Genghis Khan had risen from despised exile to the conqueror of a vast empire. Four times the size of Alexander the Great’s and twice the size of Rome’s, it stretched from the Caspian Sea to the Sea of Japan. By 1300, his descendants had doubled the size of the Mongol conquests, adding the rest of China, Korea, Tibet and Pakistan, most of Turkey, Russia and the Ukraine and half of Poland, to extend it to cover one sixth of the world’s land mass.

Before his death, Genghis had divided his empire amongst his four sons, granting his western conquests – all the land west of Lake Balkhash in Central Asia, across the Urals as far as the Danube and north of the Caspian Sea as far as Moscow and beyond – to his eldest son, Jochi. On Jochi’s death in 1225 his empire, later to be called the Golden Horde, fell to his son, Batu, who established his capital at Sarai in present day Russia in 1242.

These vast and rapid conquests were made possible by a swift and agile army of warriors trained in horsemanship, warfare and survival from infancy. Nomadic herdsmen, Mongols grew up close to their tough little horses, learning to ride before they could walk, expert in the use of a bow made of horn, wood and sinew, honing their fighting skills in large mounted hunting parties. On campaign, Mongol warriors could cover vast distances over inhospitable terrain with little support, each man leading a string of four or five mounts, living on a diet of dried meat and fermented mare’s milk supplemented by fresh horse blood. Their weaponry was light, each soldier carrying a curved sabre, two or three bows — a light bow to be used on horseback and a heavy bow while dismounted — with a couple of quivers of arrows, a sharpening stone and a needle and thread to repair his clothing and light, leather armour.

Organized in groups of ten, 100, 1,000 and 10,000, the Mongols went into battle in dispersed formation, attacking in hit and run skirmishes, raining arrows down on their enemies. Rather than joining battle head on, they outmanoeuvred their opponents with battlefield trickery such as luring them into headlong pursuit, only to turn swiftly and trap their stretched and weakened forces, or bringing their elite armoured men into battle when their opponents were exhausted, encircling them and leaving them no means of escape. Once victorious, the Mongols were ruthless in the treatment of their enemies and vicious in exacting revenge for any slight.

European armies in their heavy armour were no match for the agile Mongol horseman. Even a vast Russian army of 80,000 men supported by an immense force of Turkish tribesmen, could not withstand them. The Mongols sacked Moscow in 1238 and destroyed Kiev in 1241. Moving further into Europe, in April 1241 they annihilated a combined force of Poles, Czechs and Germans at the Battle of Liegnitz and continued on towards Vienna, which was only saved by news of the death of Genghis Khan’s heir Ogedei. Before they reached the city, the Mongol generals turned back to take part in the selection of his successor and, much to Europe’s relief, never ventured so far west again.

Much of the western empire was steppe, vast temperate grass plains, which was ideal country for the nomadic Mongols. Driving out or enslaving the local tribes, Batu and his thirteen brothers divided the land between them, living in vast camps of easily mounted and dismantled round gers, moving their herds of horses and sheep between summer and winter pastures. While their fellow Mongols to the south and east adapted to their new environments, learning to speak the language of their subjects, converting to their religions and marrying their daughters, the Mongols of the Golden Horde, to a large extent, preserved their traditional, semi-nomadic lifestyle, while ruling from Sarai, a substantial walled city of mudbrick housing a dozen different cultures.

Though they resented living under the ‘Tartar Yoke’ the Russian nobility would ‘go to the Horde’ to obtain permission to rule, and, notwithstanding the occasional uprising or feud, co-operated, intermingled and intermarried with their Mongol conquerors until they were defeated in 1480 by Ivan III. Despite this defeat, Mongols and the closely related Tartars, continued to rule parts of Russia until 1738 when Catherine the Great annexed Crimea and its Tartan Khanate.

Venturing into the Black Sea, the merchant empires of the Italian maritime cities of Venice and Genoa came up against the marauding Mongols. In 1221 Genghis Khan sent an army west to reconnoitre Georgia and the Crimea where they were met by a delegation of Venetians. Rather than fearing these fierce warriors, the Venetians saw them as a commercial opportunity. They concluded an alliance with the Mongols who undertook to destroy any other European trading post they came across, which they duly did, burning out several Genoese trading stations and bequeathing the Venetians a monopoly over the Black Sea.

The Genoese eventually returned to the Crimean Peninsula, but with tragic results. In 1346, the Genoese possession of Caffa came under siege by the Mongol army which used a crude but effective biological weapon – corpses infected with bubonic plague catapulted over the city walls to infect the inhabitants. The Genoese traders fled, taking the plague with them back to Italy and initiating the Black Death (see La Pestilenza: the Black Death in Italy).