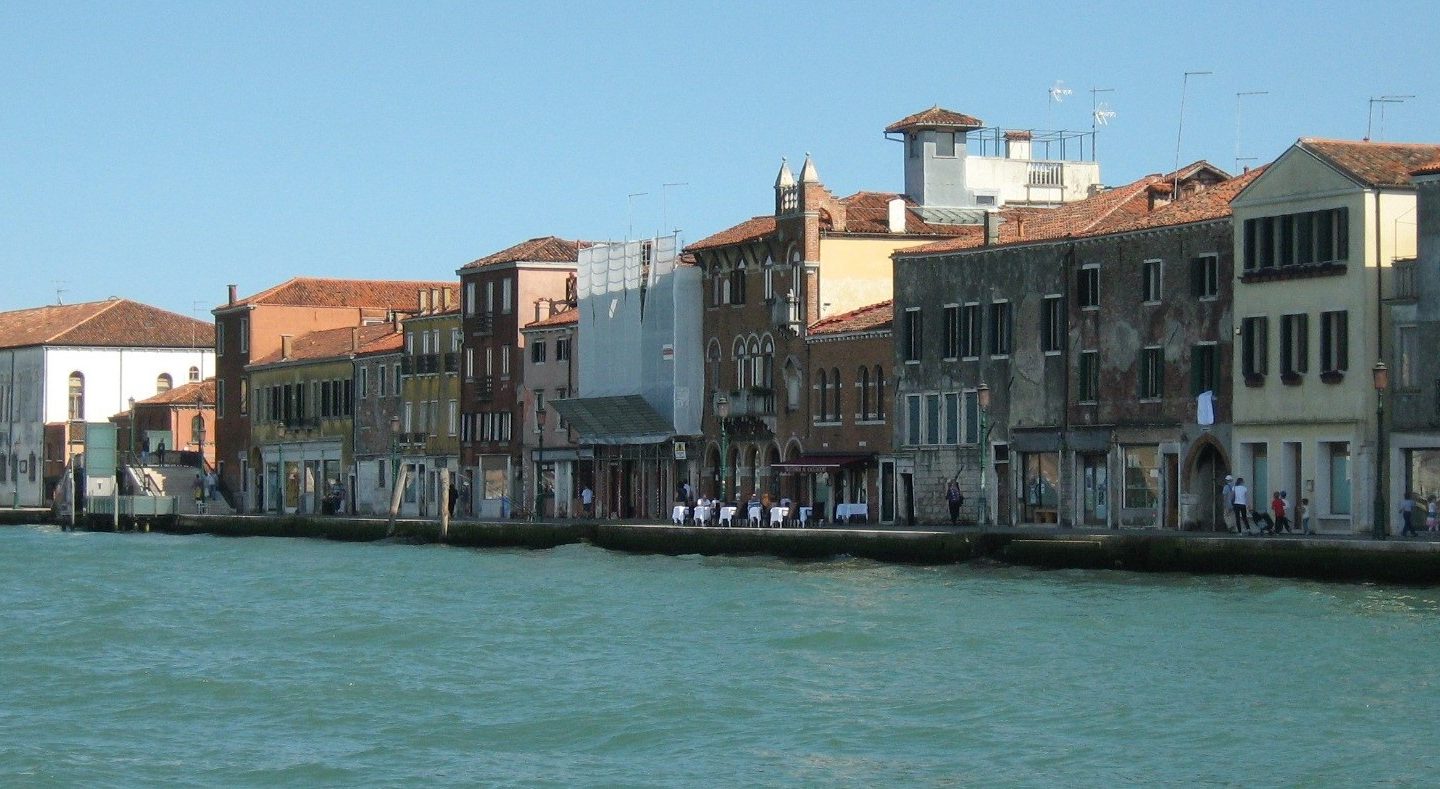 Can an English author really understand the Italians?

I sometimes wonder if it is safe for a novelist to attempt to portray cultures other than her own. Sarah Dunant is an English writer who now divides her time between London and Florence (half her luck!) I daresay she feels that, having studied Italian history and lived amongst Italians, she knows Italian culture. However, as an Italian woman myself, I know how Italians relate to the foreigners in their midst and they are not as easily understood as a British “Italophile” might believe.

Ms Dunant’s first venture into writing about Italy was a contemporary novel, Mapping the Edge, about an English woman’s fractured adventures on an emotional trip to Florence. However, this is an outsider’s view of Italy. In her two most recent works, historical novels set in Renaissance Italy, Ms Dunant has ventured to get inside the Italian psyche. Let’s see how well she has succeeded.

Spoiler alerts: following are indepth studies of these novels. 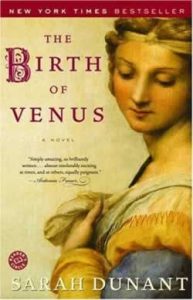 In The Birth of Venus (Random House/Virago 2004), Sarah Dunant tells the tale of Alessandra Cecchi, the daughter of a rich merchant in fifteenth-century Florence, who is everything a woman should not be, strong-willed, intelligent, talented and ugly. Alessandra’s greatest desire is to be an artist, but as a woman she will never have the means or opportunity to fulfil her ambitions. However, she finds a focus for her creative desires when her father brings home from a trip abroad a painter to decorate the walls of his house. A withdrawn and taciturn man, the unnamed painter is yet drawn to Alessandra and her artistic sensibilities. But then, as Florence comes under threat from French invaders, Alessandra’s parents marry her off for her own protection to Cristoforo, a sophisticated and wealthy older man.

To all intents and purposes this would be the ideal marriage for Alessandra. Cristoforo appreciates her artistic talents and is happy for her to pursue them. He is even willing to turn a blind eye to her relationship with the painter. But Alessandra is shattered to discover that Cristoforo is homosexual and can never be the ideal lover a woman might want.

And it is here that I baulked. The writer’s portrayal of Alessandra’s marriage and the circumstances surrounding it is where, I feel, this novel, however much acclaimed it might be, fatally falters.

Until her wedding night Alessandra never demonstrates any desire for physical love. All her passions have been focussed on art and her cerebral rather than sensual relationship with the painter. As far as I understood the character, Cristoforo’s inept attempt to deflower her might have been embarrassing and disappointing, but a disappointment for which she would easily find solace through her art.

Alessandra soon finds out that the matchmaker was actually Tomaso, her older brother and Cristoforo’s lover. Tomaso, it seems, has always resented Alessandra because he is jealous of her intelligence and talent. He has cynically used her to protect himself and his lover from the forces of religious fanaticism unleashed by the monk Savonarola.

In creating this antagonistic relationship between brother and sister, the writer revealed very little understanding of gender relations in an Italian family. In that time and place, it would have been inconceivable that a boy would be jealous of his sister’s abilities. For a traditional Italian man everything he does and is is, ipso facto, superior to anything a woman can be simply because he is male and she is female. And if a woman should have any abilities, those abilities might be ridiculed by the men in her family, but not resented. Yet, while women may be little regarded as people in their own right, they are still cherished and protected as part of the family.

The writer’s portrayal of the relationship between the brother and sister, therefore, is not credible and I felt that the writer had fashioned it simply to create conflict and crisis. I would have found it much more credible, and indeed poignant, if it turned out that Tomaso had acted not out of spite, but rather out of a misplaced fondness for his sister. How much more devastated Alessandra would be if she were to learn that the brother she has always adored, who has always seemed to love her and tolerate her eccentricities, has proven to be totally insensitive to her real feelings. 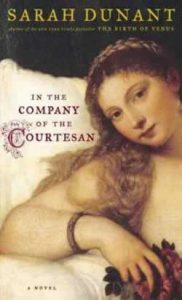 After this disappointment I approached Sarah Dunant’s next book, In the Company of the Courtesan (Random House/Virago 2006), with some reservations, but I found it to be a much more successful novel.

The story begins in 1527 on the eve of the infamous Sack of Rome. The dwarf Bucino goes to the walls of Rome to find out the latest news for his mistress, the beautiful courtesan Fiammetta. Warned of the imminent arrival of a marauding army of war-hardened Spaniards and fanatical Protestant Germans, Fiammetta devises an ingenious strategy. Rather than run or hide, she will charm the invaders with her wit and beauty. The plan almost succeeds, but even the resourceful courtesan cannot escape the city’s fate. Having been stripped of her beautiful hair and most of her belongings, Fiammetta persuades Bucino to join her in swallowing their remaining jewels and escaping to Venice where she was born. There, with the help of a hunchback and half blind wise woman, known as La Draga, Fiammetta slowly regains her beauty and confidence and re-establishes herself as a successful courtesan.

A large part of the novel’s charm lies in its depiction of Venice, its culture and its physical beauty, all the more engaging as the city is seen through the eyes of a narrator, Bucino, who arrives in Venice already prejudiced against it, but who unconsciously comes to love it. But fundamentally, its major success lies in its characters. Each of them is well-rounded and finely drawn, especially Bucino.

And there, I feel, lies the reason why this is a much more successful novel than The Birth of Venus. Here, Ms Dunant has not attempted to get inside the Italian family, an insular institution not easily penetrated by the unfamiliar, but has instead created a cast of outsiders who are therefore free to create individual lives and forge unique relationships, thus creating a much more credible and engaging story. In the Company of the Courtesan is a novel I can highly recommend.