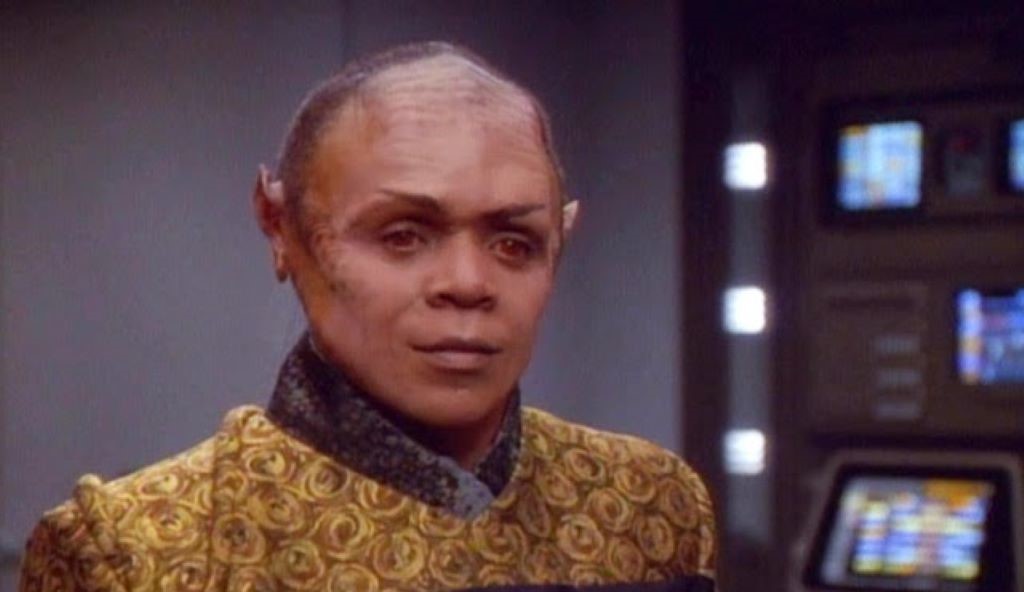 Starfleet captains are often called on to decide matters of life and death, but are their decisions always fair?

Starfleet captains are often called on to decide matters of life and death. Should a crew member who has committed murder be executed? Does an android have the right to life? Should a Q be allowed to give up his immortality? In most cases they act according to morality, ethics and the law. Sometimes their decisions don’t entirely conform to these precepts. When such inconsistencies are in the service of the dramatic thrust of the plot, they can be overlooked by the viewer. However, there are times when there are other factors at play which can leave a bitter taste in the mouth.

In the Star Trek Voyager episode Tuvix an unfortunate incident in transportation causes Tuvok and Neelix to be combined into one person who dubs himself Tuvix. Tuvix carries the memories of both men and his pleasing personality is a combination of their best qualities. While Ensign Kim and the Doctor try to work out how to reverse the joining, Tuvix takes his place in the crew and, as Chakotay notes, the whole is greater than the sum of its parts. In the tactical officer, Neelix’s instincts inform Tuvok’s logic; in the chief cook, Tuvok’s good taste tempers Neelix’s flair; while in the captain’s adviser, Tuvok’s wisdom is lightened by Neelix’s good humour.

All the crew quickly warms to Tuvix. Only Kes, who was close to both his predecessors — Neelix as a lover and Tuvok as a mentor — finds it difficult to accept him, especially after he declares his love for her. However, she is eventually able to return his friendship, if not yet his feelings, just as Kim and the Doctor work out how to separate him. It is now up to Captain Janeway to decide what to do.

Tuvix sees this separation as his execution and pleads with Kes to speak to the captain on his behalf, but Kes cannot, instead pleading for Neelix’s return. The captain determines to carry out the separation while Tuvix, paraphrasing Shylock, begs for his life and appeals to the crew to intervene. The crew stonily resists his pleas. Only the Doctor, calling on his Hippocratic Oath, defies the captain and refuses to carry out the procedure, leaving her to do it herself.

Why does Captain Janeway make this brutal decision, acting against all precedents and inconsistently with her character? Based on past performance, one would expect her to hold a hearing and listen to all sides of the issue, or at least to give Tuvix a choice. After all, Tuvix has done nothing wrong, fits in well with his colleagues and is an asset to the crew. However, instead of taking all the circumstances, as well as the law and ethics, into consideration, Janeway makes a cold-hearted, arbitrary decision, based solely, it seems, on Kes’s feelings.

The answer is simple, really. American networks don’t make changes to long running series unless forced to by the loss of a major cast member or a drop in ratings. For a long-running series to survive, matters must return to the status quo at the end of every episode. No doubt Tim Russ (Tuvok) and Ethan Phillips (Neelix) had long-term contracts with the networks which could only be broken at great cost, while Tom Wright (Tuvix) had only been hired for one episode. So Tuvix had to disappear, while Neelix and Tuvok had to return.

The writers — Andrew Price and Mark Gaberman — would have known it could only end this way but it seems they were too carried away by their concept to consider the practical and dramatic necessities. By making Tuvix such a likeable and valuable character who would naturally have a strong will to live, they painted themselves into a corner. If there had been a hearing, Tuvix would have easily convinced the captain of his right to life. If he had been given a choice, he would have had no compelling reason to sacrifice himself. Unable to use the usual expedients to resolve the situation, the writers found their only way out was to turn Captain Janeway and her crew into cold-hearted killers.

We can contrast this scenario with the Star Trek Enterprise episode Sim. In this case, the Enterprise is on a desperate mission to stop the Zindi from destroying Earth and wiping out the whole human race. Chief Engineer ‘Trip’ Tucker is vital to the mission as only he can get the Enterprise to its destination and disarm the Zindi’s super weapon. But Trip is badly injured and his only hope of survival is a brain tissue transplant, a procedure which would kill the donor. Dr Phlox discovers a way to create a replica of Trip, a simulant that will grow into full manhood in a matter of days. Like Trip in every way, even in those few days, the simulant wins the hearts of all the crew (including T’Pol), so that when the moment comes for the transplant Captain Archer must call on all his determination to order ‘Sim’ to undergo the procedure. Understandably Sim resists at first, but, again like Trip, he has the capacity to sacrifice himself for the common good and accepts his fate.

Here, too, the captain has to decide to take the life of a newly formed, though all too human and much loved, creature. In this case, however, the writer, Manny Coto, was able to make the captain’s brutal decision and the creature’s death a dramatic, if regrettable, necessity. Perhaps he had learnt a lesson from Tuvix.