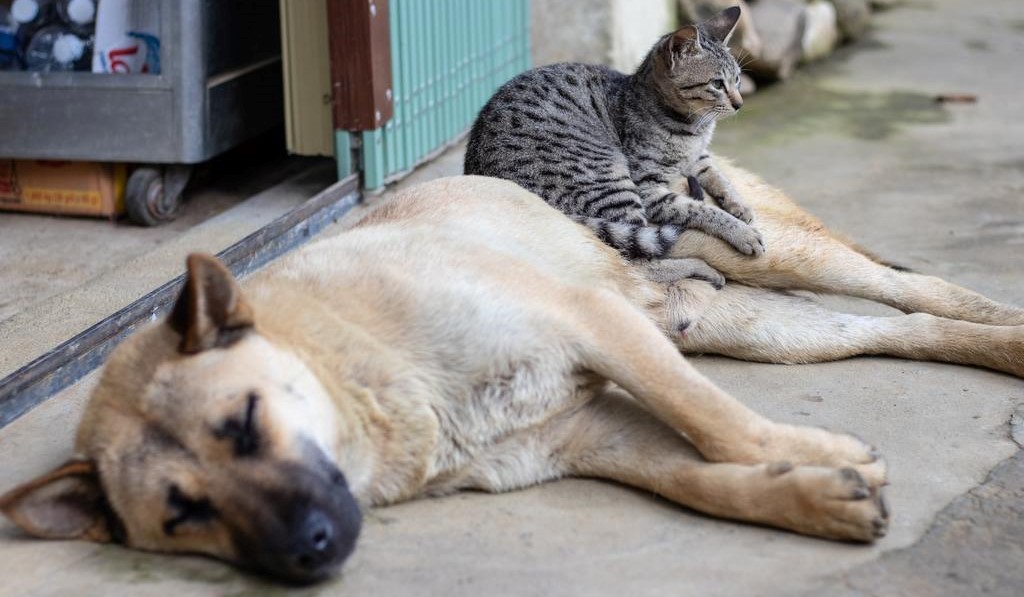 Pets are part of the family, and the poor dears can’t choose their family.

Pets in our family have a most unfortunate habit of dying horribly.

I remember Toby, a grey and white kitten we had when I was about eight. It stayed behind in town while we kids and our mother went to our beach house for the summer holidays. When we returned Toby had disappeared. Dad told us it had run away. Years later he told me the true story. Apparently Toby had a habit of lying on the mat under the step down from our kitchen into the back porch. Not seeing it there, Dad had stepped on it one day and squashed it. To tell you the truth I was glad Dad had told that comforting lie. I can imagine the nightmares a sensitive child might have had over it.

Smokey should have died at quite an early age. She survived escaping from me one day when I drove her and her litter to the vet to treat their cat flu. Six weeks later, scrawny and savage, she turned up at the back door. She lived to be about eighteen. By then she was living with my brother’s family. My parents had placed her with them when they went on a long overseas trip and when they got back it was decided to leave her there as she was getting too old to move again. Obviously she didn’t move much, well not very fast anyway. One day my nephews hit her with the cricket ball. Accidentally, of course, but the blow was fatal nonetheless.

Youngsters can often be fatal to pets. Their father managed to run over Jimmie, our old border collie cross. Again, he can’t be blamed. (The males in my family can be terrible annoying, but they aren’t actually vicious.) It was Jimmie’s own fault. Our home at that time had a long drive down into the garage behind the house. As a puppy, Jimmie had developed the habit of playing chicken with any car that was driven down it. He would run so close to the wheels that the driver would not be able to see him. The problem was that even after a lifetime of this game, Jimmie didn’t realise that he was no longer a puppy. He had developed arthritis (doubtless from his habit of sleeping in puddles) and was no longer as agile as he had been. One night he lost the game with my newly-licensed brother at the wheel. I think it was the first time I saw my brother express genuine regret. ‘I’m a murderer,’ he told me dolefully.

Of course, after what happened to Smokey, my parents weren’t keen to entrust Ginger to the kids when next they went overseas, so they asked me to take care of him. I wasn’t too keen on the idea as I’ve never had a pet of my own, but it was that or a worse fate, so I agreed. The plan was to keep the cat locked up for two or three days to get him used to staying at my place. I had a small shed with a latticework wall and a wooden floor which I emptied and set up for him. He might not be happy there, but he would be comfortable.

He was terribly miserable those first two days, scowling at me and not eating, so I took pity on him and let him out perhaps a day earlier than I should have. I was a bit concerned as it was to be a long day for me and I wouldn’t be home until quite late. When I got home that night, he wasn’t out there the first time I looked, but later he appeared and I was mightily relieved. I considered locking him away overnight, but, as he hadn’t run away during the day, I thought it would be safe enough to leave the shed open. There was a cubby hole in there he could retreat into if need be. But it wasn’t safe. I hadn’t taken into account the fierce territorialism of my neighbour’s tomcat. Later that night I heard a cacophony of screams and screeches, and I never saw Ginger again. He had run away… or worse. 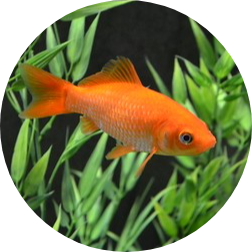 But probably the most traumatic fortnight of my life was the one in which I had a goldfish. My niece had been given a puppy by her boyfriend and she wanted to spread the love by giving her old auntie a goldfish for Christmas. I called it ‘Ghoti’ (a linguist’s joke). It came in a tall glass vase which was very elegant, but obviously unsuitable as a fishbowl as Ghoti spent all its time at the surface gasping for air. To give it a new, fish-friendly home, I bought it a huge brandy snifter and went miles out of my way to buy greenery. I fed it regularly and religiously changed and purified its water. In fact it dominated my life for the whole two weeks. But it was the holidays and I wanted to go away for a couple of days, so (being a good Italian mamma at heart) I sprinkled lots of food into its bowl and put it in what I hoped would be the coolest spot in the flat. When I came home its little bloated body was floating on the surface. Whether it died of heat or overeating I’ll never know.

Recently a colleague acquired a Chihuahua puppy, which she’s brought into work a couple of times. It’s so cute I’ve almost been tempted to get one myself… but given the above… perhaps I’d better not.