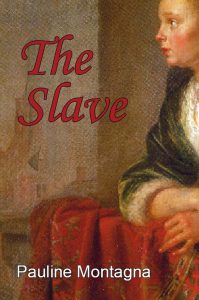 Aurelia Rubbini, the only child of a rich merchant in fourteenth century Italy, has been raised to be a dutiful daughter, wife and mother, but she longs for something more than the restricted life intended for her. Then one day, her father brings home from a buying trip an Asian slave boy, Batu, who will reshape Aurelia’s destiny.

Aurelia and Batu are inexorably drawn to each other, but their relationship is forbidden as Aurelia is destined for an arranged marriage to further her father’s political ambitions. When Aurelia marries Lorenzo de Graziano, a nobleman with a dangerous reputation, Batu insists on going with her for her protection. But Batu’s presence arouses violent passions that Aurelia, in her innocence, can never understand.

The Slave can be purchased from Smashwords.

Not Wisely but Too Well 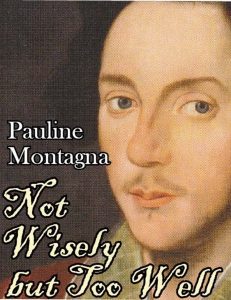 How did Will Shakspere of Stratford-upon-Avon, the son of illiterate parents, with barely a grammar school education, become the greatest playwright the English theatre will ever know? How did he learn his craft? How did he gain the knowledge his plays display? What was his own experience of the love, passion, pain and ambition he wrote into every line?

This is the story of how that journey began.

Having run foul of the local authorities, Will Shakspere is driven out of his hometown in the English midlands. Leaving behind his first love, his wife and his three young children, he goes to London where he is welcomed into the Burbage family whose patriarch, James Burbage, has built London’s first playhouse.

There Will finds himself at the centre of the English theatre, its touring companies, its revolutionary playwrights, its creativity, passions and rivalries. There he meets the men that will steer him towards his destiny, the actor Richard Burbage, and the playwright, Christopher Marlowe. There he finds not only love, passion and pain, but his muse and inspiration.

And it is there that he sets out on a path that will take him deep into the labyrinthine politics of Elizabeth’s court.

Not Wisely but Too Well can be purchased from Smashwords. 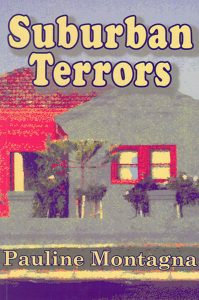 Do we really know what secrets lurk behind the tall fences and locked doors of our city’s suburbs?

Here are twelve stories that delve into that mysterious realm. You’ll find a few thrills, a touch of horror, a ghost or two… and much more.

…these stories are all entertaining, compelling, and enjoyable, making this the perfect book for bedtime or public transport reading. It’s a great book to have in your bag, ready for the next break in the day.             Georgina Laidlaw, Australian Reader

Suburban Terrors can be purchased from Smashwords

The Taming of the Shrew 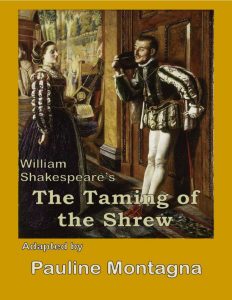 The Taming of the Shrew is Shakespeare’s popular comedy about two sisters of Padua, the bad-tempered Katherina Minola and her beautiful younger sister Bianca. When their father declares that he will not let Bianca marry until Katherina does, Bianca’s elderly suiters recruit the uncouth Petruchio to woo and marry Katherina, after which he attempts to tame her. Meanwhile, Lucentio, a young scholar who has fallen in love with Bianca at first sight, disguises himself as her Latin tutor in order to woo and win her.

William Shakespeare’s The Taming of the Shrew can be purchased from Smashwords.