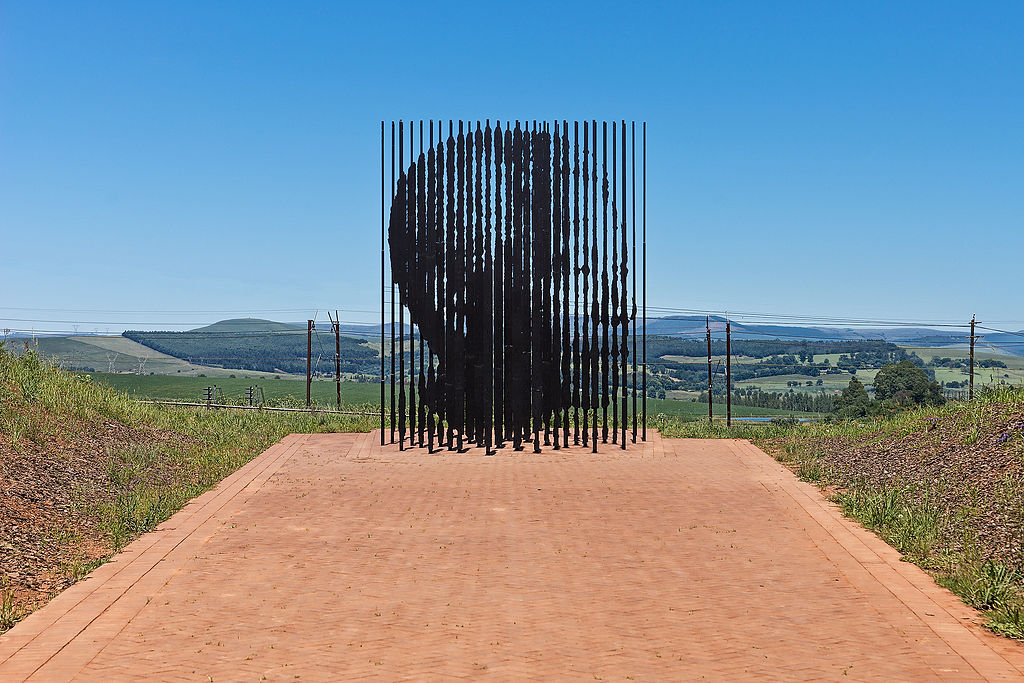 Is the ‘Mandela Effect’ a result of parallel universes and time travel, or is it much simpler than that?

Recently I’ve been amusing myself with a few YouTube videos before going to bed. I usually stick to the light frothy ones like ‘Top 10 Sci-Fi movies of all time’. They’re mostly the personal opinion of movie nerds and if they get their ‘facts’ wrong it doesn’t matter all that much since it’s only popular culture. However, now and again a supposedly ‘factual’ video creeps into my playlist. The couple I’ve seen haven’t left a good impression of their depth, accuracy or balance, and the one I saw last night — 5 Examples of The Mandela Effect on the Mysterious 5 channel presented by Mr Mysterious — is a case in point.

The video purports to explore five cases of the ‘Mandela Effect’, a phenomenon in which large numbers of people share memories of events that never happened. The proponents of the ‘Mandela Effect’ believe that the people with these memories have slipped into a parallel universe, a parallel universe has slipped into ours, or that time travellers have deliberately or accidentally tampered with the timeline. However, a psychological explanation for the effect (see article in Aeon), while not as exciting as parallel universes and time travel, is a much more convincing explanation of the phenomenon.

According to psychologists, human memories are not perfect or complete. We don’t remember all the details of an event so in reliving or retelling it we may have to create details to fill in the gaps. Nor are memories created only at the time we experience the event. They are recreated and reinforced every time we remember or retell it. Meanwhile, the logic systems in our brains act to reconcile our memory to fit in with our existing knowledge of the world. Furthermore, people are suggestible. If a retelling of an event conflicts with their memory of it, they are likely to adjust their memory to match the new information, especially if it is constantly being reinforced.

However, this phenomenon, of universally misquoted lines from popular films and television, is neither rare nor mysterious. You only have to think of ‘Play it again, Sam’ and ‘Beam me up, Scotty,’ to realise this. The line comes at the end of a short exchange between Luke and Darth Vadar in which Darth Vadar does address Luke by name and, although slightly incorrect, the line does encapsulate the essence of the scene. We then have to take into account the fact that most people, apart from Star Wars nerds, have only seen the film once or twice many years ago, but have since heard the misquote thousands of times.

Another easily explained case given is ‘How many people were in JFK’s car when he was shot?’ Apparently most people remember four people in the open-topped convertible — President Kennedy, his wife Jackie, Texas governor, John Connelly and the driver. In fact they were in a six-seater limousine. Sitting beside Governor Connelly was his wife and in front of them were a driver and another man. However, this again can be explained without recourse to multiple universes.

Most of the moving film and photographs of the car focus on the four important people in the back and the two men in the front are often obscured, so anyone looking at those pictures would also have focussed on the four people in the back. Add to this the fact that we hardly ever see six-seater convertibles while most people are well-used to seeing four-seaters. The photos and a person’s existing knowledge would coalesce so that they would remember there being four people in a four-seater. Since simple logic dictates that there had to be a driver, the least important person of the four in the back, Mrs Connelly, was replaced by a driver in their memory. This impression may also have been reinforced by the FBI recreation of the event which they had to do in a four-seater as the limousine had been impounded for investigation.

Perhaps the most bizarre case is that of ‘Shazaam’ a 1990s children’s film, telling the story of a bumbling genie, starring Sinbad, the stage name of African-American comedian, David Adkins. Despite one blogger telling of how, when he worked in a video shop back in the 1990s, he purchased two copies of the film, can vividly remember the cover art, lent the film out to countless customers and watched it himself numerous times to check for damage, and despite hundreds of other people also remembering the film, including Mr Mysterious himself, this film never existed.

What the video does not mention is that a film similar to the film described as ‘Shazaam’ did get released in the 1990s, a film called Kazaam starring Shaquille O’Neal as a bumbling genie who is conjured up by a little boy out of a boombox. ‘Shazaam’ proponents deny the two are one and the same, quoting a common 1990s phenomenon of the major studios releasing two similar films at the same time — remember Deep Impact and Armageddon or Antz and A Bug’s Life — and claim one was a rip-off of the other. However, there are numerous factors which could account for the confusion.

Firstly, the name ‘Shazaam’ had been the name of a DC Comics character, an ancient wizard, since the 1940s so was well established in popular culture as a name for an ancient magical being. Moreover, run ‘Shaquille’ and ‘Kazaam’ together and you get ‘Shazaam’. Meanwhile, David Adkins’ stage name, ‘Sinbad’, derives from Arabian folklore, as does the genie. Adkins was in two movies and a television show in which he came to the aid of children. A poster for one of his films shows his head popping out of a letterbox, not too dissimilar to a genie popping out of a boombox. Photos exist of Adkins dressed as a genie, which he did on one occasion when he presented a television movie marathon. He looks much like the common image of a genie with his bald head and goatee beard. And finally, though sadly, to many white people, black people all look alike. Add to all of the above the fact that Kazaam was in itself forgettable, having been voted one of the Top 10 Worst Films of the 1990s, and the constant reinforcement of this false memory in the echo chamber of the internet, and we have another ‘mysterious’ example of the ‘Mandela Effect.’

Another case is that of the ‘Tank Boy’, which relates to the military crackdown on the Tiananmen Square protests of 1989. One of the most memorable images of those events was of a lone man standing in front of a long line of tanks, trying to stop them entering the square. Many people have a vivid memory of the lead tank mowing the man down, but that never happened. One video of the event ends abruptly with the man still standing in front of the tanks, perhaps because the camera had run out of tape. Another video shows what really happened to the man. Out of nowhere a group of men in civilian clothes, most likely secret police, surrounded him and whisked him off the road so the tanks could continue on their way. Nothing more has been heard of the man since.

Not that you will see any of this moving footage in the Mysterious 5 video, which only shows a still, leaving it open to the viewer to believe that the ‘alternative’ version of events may well be true.

Another phenomenon of memory is that we can remember our thoughts, emotions and imaginings better than we can remember actual events. Those who remember the man being mowed down also remember watching the event on television in a heightened emotional state, in great fear for the man. Most likely they saw the video that ended abruptly and, believing it did so because what followed was too horrible to see, imagined the rest. Their false memory would have been reinforced by constant replaying of the video on television and the continuous discussion of the horrors of the events surrounding it and the manifest evils of communism. Given the man’s disappearance, their imaginings might not be so far from the truth.

Mr Mysterious himself goes further and states that even though the most reputable western media recorded terrible atrocities in the crackdown, ‘if you dig deep enough’ you’ll find ‘eye witness accounts’ that state that the events were not as bad as we have been led to believe. In fact, it is Mr Mysterious who should dig a little deeper himself and discover that the Chinese authorities played down the events and suppressed reporting and discussion of them. Perhaps then he might see where these alternative reports have come from.

However, perhaps the saddest case is the one that has given the phenomenon its name, the case of Nelson Mandela. The ‘Mandela Effect’ was ‘discovered’ by Fiona Broome, who, in 2010, was shocked to hear that Nelson Mandela was still alive. She had a vivid memory of his dying in prison in the 1980s. She could remember his funeral and a fundraising concert held in his memory. When she blogged about this, she was astonished to get responses from hundreds of total strangers who had the same memory.

Perhaps before sharing her story, Ms Broome should have done a little research. She would have discovered the death of Steve Biko, a prominent anti-apartheid activist who died in police custody in 1977. His funeral was the first protest funeral and was attended by 20,000 people. Cry Freedom, a movie about his life and death, was released in 1987. Soon after in 1988, a concert to celebrate Nelson Mandela’s 70th birthday was held at Wembley Stadium and broadcast around the world.

It is no great wonder that at the time, Ms Broome may have conflated Steve Biko and Nelson Mandela, as the latter was much better known and his party, the ANC, has since done their best to bury Biko’s memory as he was not one of theirs. However, one wonders where Ms Broome was when Nelson Mandela was released from prison to great fanfare in 1990, won the Nobel Peace Prize in 1993 and became President of South Africa in 1994.