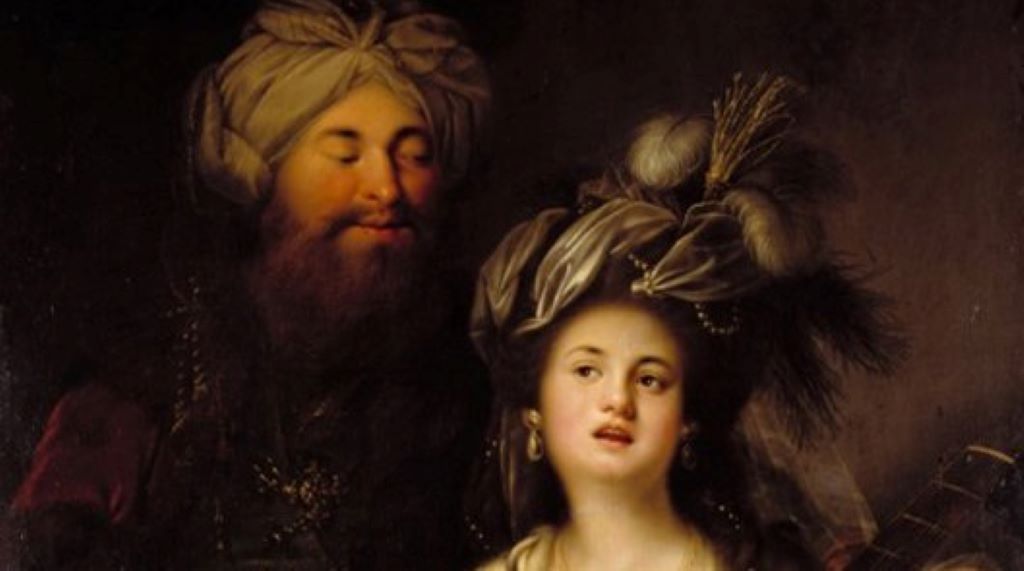 Cultures may have completely different customs and values, but underneath it all we are just the same.

Suleiman the Magnificent was Sultan of the Ottoman Empire and an almost exact contemporary of Henry VIII. There are many parallels between Suleiman and Henry. Both men were gifted and well educated, both were great rulers, and both shocked their people by breaking the rules about marriage. Yet their actual actions were in complete contrast.

As we of the English speaking world know, in his desperate quest to get a male heir, Henry divorced Catherine of Aragon, his legal wife of twenty-five years, and married the woman with whom he had fallen in love, Anne Boleyn. In order to obtain his divorce, Henry broke with the Pope in Rome, causing great upheaval and suffering in his kingdom. However, when Anne was unable to provide the male heir he craved she was executed, and he moved on to Jane Seymour.

As Sultan, Suleiman had a large harem housing concubines from all corners of the known world. Tradition demanded that the Sultan retain a favourite only until she bore a son. She was then put aside and another favourite took her place. Thereafter the concubine’s total focus was on furthering the fortunes of her son on whom her own fortunes depended. This gave the Sultan a cohort of capable sons from which to choose his successor. When the new Sultan came to the throne he executed all his rivals, in effect all his brothers and their sons. Cruel as this system might seem it ensured capable rulers and stability.

Roxolana (or Alexandra), the daughter of a Ukrainian priest, was captured by Tartar slave-raiders and sold into the Sultan’s harem where she was given the name of Hurrem. Beautiful and capable she caught Suleiman’s eye, and against all tradition he fell in love with her and refused to put her aside when she bore him a son. He kept her with him while she bore him six children, including five sons, and eventually freed and married her, thus raising her to a position of great power.

However, none of Hurrem’s sons was particularly gifted and the Sultan’s most capable heir was Mustafa, son of an earlier favourite. Whether it was through Hurrem’s scheming we will never know for sure, but Mustafa overreached himself, fell from favour and was found dead. Hurrem then ensured the succession for one of her own sons and forbade him from executing her other sons.

By dominating the Sultan and preventing the execution of her own sons, Hurrem set a precedent which, it is widely believed, led to concubines attaining an unhealthy power over the throne and the decadence of the empire, which eventually brought about its destruction.

Here we have a fascinating example of how different cultures can have totally opposing value systems, while underneath it all people are much the same.

For women, though, there was little difference. Both were patriarchal cultures where real power was exclusively in the hands of men. The only power a woman could exert was through her personal hold over a man. The only way she could retain power was by maintaining that hold, a hold which was totally dependent on her giving her man exactly what he wanted. Hurrem succeeded. Anne Boleyn failed.